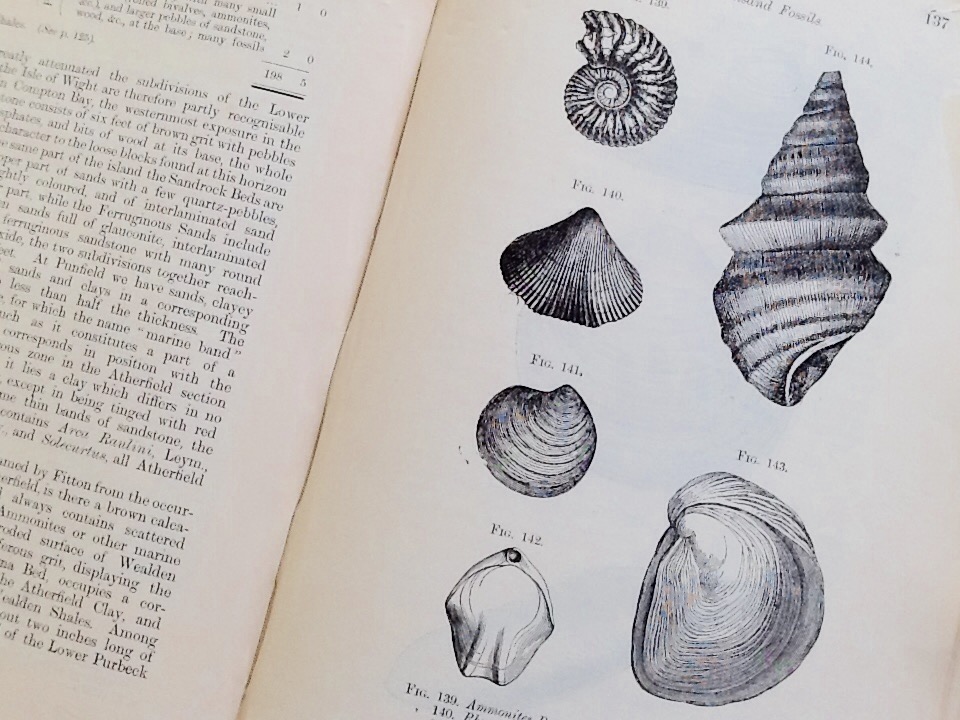 In an attempt to get away from the sea inspiration of my previous ceramics, almost straight away the books are taking me away from the land back to the sea again! Illustrations of ammonites, echinoids and collopheres cover the pages alongside chunks of text about the Jurassic. Argh!!! It seems there’s no getting away from the sea as I suppose it’s basically what’s formed the landscape. It’s also water that has made clay which I now know to be a sedimentary rock! I’m embarrassed to admit that I’ve never given much thought to how clay is made. If you’re interested…

Sedimentary rock is formed from the debris of other rocks and living matter. Clay is made up from the smallest particles of sedimentary rock. Little energy is needed to transport clay particles so it settles very slowly and is carried out the furthest from the shore. Accumulation of clay particles is usually associated with quiet environments such as lakes, swamps and lagoons.

From my studies I know that during the Cretaceous period, Purbeck was primarily covered in swamps and lagoons and this is when the clay that I’m gathering was formed, 145.5 – 66 million years ago! Using this clay puts me in direct contact with a time when the surrounding seas were populated with now-extinct marine reptiles, ammonites and when dinosaurs continued to dominate on land; a time when new groups of mammals, birds, and flowering plants appeared; it was also the time when the mass extinction of dinosaurs occurred.

The name Cretaceous comes from the Latin creta, meaning chalk, which is made from the deposited shells of marine invertebrates, principally coccoliths. It seems incredible that the Purbeck hills are made from millions of shells millions of years ago. It fills me with the same sense of awe and wonder I feel when I look at the stars and see my place in the universe and time, it’s incredible.

I’m beginning to realise that as a potter I should feel the same connection to clay as I do my food – I feel a connection to the food I eat because I sow the seeds, plant the seedlings, water, harvest and eat – I’m part of the whole process. I’ve felt a disconnection with my craft because until now, I’ve bought my clay and glazes from a pottery supply shop, consequently only being part of the creative process not the whole.

I am loving learning about the geology of the landscape which is already making me feel more in tune with clay and my role and respnsiblity as a potter.